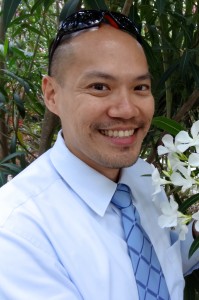 saac Sia has been chosen as a recipient of one of the 2014 American Speech-Language-Hearing Foundation Graduate Student Scholarships. The ASHFoundation nurtures the best and brightest students in communication sciences and disorders programs. Isaac is a PhD student in Rehabilitation Science and is part of the Department of Speech, Language and Hearing Science. While working on his PhD, Isaac completed his Masters of Public Health (MPH) degree and was inducted into Delta Omega Public Health Honorary Society in Spring 2014. Early this year, Isaac also participated in the Council on Education for Public Health Site Visit and contributed to the re-accreditation of the College. His research interests include swallowing physiology and the impact of aging and disability on public health. Upon completion of his PhD program, Isaac will return to Singapore and contribute to the nation’s clinical research efforts as part of the National University Health System.

Isaac’s achievements will be recognized at the 2014 ASHA Convention in Orlando, Florida, November 20-22.